You Are Here:
Home
/
Emigration and migration

After Romania joined the European Union in 2007, economic migration reached a new meaning. Researches in the past years reveal that many people (among them Hungarians form Transylvania as well) choose Western European countries as destination. By understanding these new migration dynamics new layers can be added to the future of Hungarians in Transylvania, too.

At the same time, radical changes can be observed concerning domestic mobility as well. In the ‘70s and ‘80s Timisoara was an important educational destination for students from the Székely Land, but in the mid-2000s this seems to come to an end, students choosing to study rather on the axis Oradea – Cluj – Tg. Mureş, many of them settling in these cities after concluding their studies.

Objective research of domestic and external mobility is highly important in order to construct viable public policy regarding Transylvanian Hungarians and the development of the Szeklerland region. 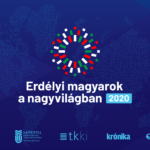 Since the 1930s, an important topic of Hungarian public discourse…

Sep 2020 in Emigration and migration

Since the 1930s, an important topic of Hungarian public discourse…

Conduction period: May 2014 – February 2015Goals of the researchRomania…

Linguistic landscape of schools in Romania

Conduction period: February 2019 –A multilingual language use and a…